Keeping Gophers Out of Your Yard and Garden

Mounds are formed as the gopher digs its tunnel and pushes the loose dirt to the surface. Gopher holes are typically off to one side of the mound and usually plugged. Mole mounds are sometimes mistaken for gopher mounds. Unlike gophers, moles commonly burrow just beneath the surface, leaving a raised ridge to mark their path.

In non-irrigated areas, mound building is most pronounced during spring or fall when the soil is moist and easy to dig. In irrigated areas such as lawns, flower beds, and gardens, digging conditions are usually optimal year round. 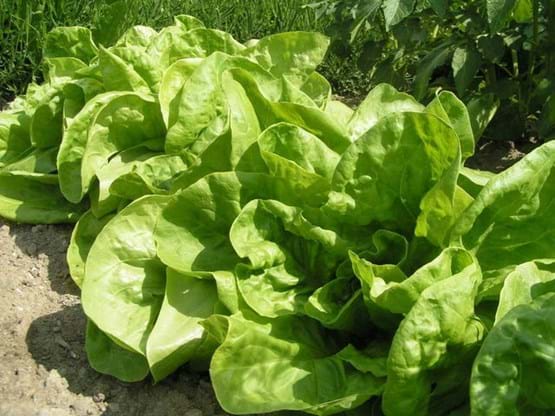 Pocket gophers often invade yards and gardens, and feed on many garden crops, ornamental plants, vines, shrubs, and trees. A single gopher moving down a garden row can inflict considerable damage in a very short time. Gophers also gnaw and damage plastic water lines and lawn sprinkler systems. Their tunnels can divert and carry off irrigation water and lead to soil erosion. Mounds on lawns interfere with mowing equipment and ruin the aesthetics of well-kept turf grass.

Because no population will increase indefinitely, one alternative to a gopher problem is to do nothing, letting the population limit itself. Predators, including owls, snakes, cats, dogs, and coyotes, eat pocket gophers. Predators rarely, however, remove every prey animal, but instead move on to hunt at more profitable locations. In addition, gophers have defenses against predators. For example, they can escape snakes in their burrows by rapidly pushing up an earthen plug to block the snake’s advance.

Pocket gophers live in a burrow system that can cover an area of 200 to 2,000 square feet. The burrows are 3-6 inches in diameterand are 6 to 12 inches below ground. The nest and food storage chambers may be as deep as 6 feet. Gophers seal the openings to the burrow system with earthen plugs. Short, sloping lateral tunnels connect the main burrow system to the surface and are created during construction of the main tunnel for pushing dirt to the surface.

Successful trapping or baiting depends on accurately locating the gopher’s main burrow. Because lateral tunnels may not be revisited by the gopher, trapping and baiting in these aren’t as successful as in the main burrow.

Locate areas of recent gopher activity based on fresh mounds with dark, moist soil. The main burrow can be found by probing about 8 to 12 inches from the plug side of the mound, it is usually located 6 to 12 inches deep. When the probe penetrates the gopher’s burrow, there will be a sudden, noticeable drop of about 2 inches. You may have to probe repeatedly to locate the gopher’s main burrow, but your skill will improve with experience. 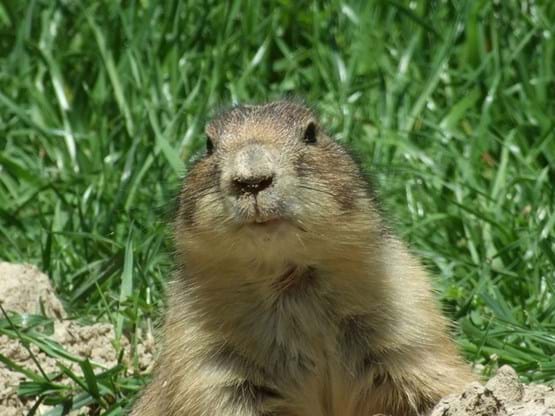 Reduction of gopher food sources using either chemical or mechanical methods may decrease immigration of gophers. If feasible, remove weedy areas adjacent to yards and gardens to create a buffer strip of unsuitable habitat.

Trapping is a safe and effective method to control pocket gophers. Several types and brands of gopher traps are available. To successfully control gophers, the sooner you detect their presence and take control measures, the better.

To set traps, locate the main tunnel with a probe. Use a shovel or garden trowel to open the tunnel wide enough to set traps in pairs facing opposite directions. By placing traps with their openings facing in opposite directions, a gopher coming from either end of the burrow can be intercepted.

Small areas such as flower beds may be protected by complete underground screening of sides and bottoms. When constructing raised vegetable or flower beds, underlay the soil with wire to exclude gophers. Wire baskets to protect individual plants can be made at home or are commercially available and should be installed at the time of planting. If you use wire, use light-gauge wire for shrubs and trees that will need protection only while young. Leave enough room to allow for the roots to grow. Galvanized wire provides the longest lasting protection

The key to an effective toxic baiting program is bait placement. Always place pocket gopher bait in the main underground tunnel, not the lateral tunnels. After locating the main gopher burrow with a probe, enlarge the opening by rotating the probe or inserting a larger rod or stick. Following label directions, place the bait carefully in the opening using a spoon or other suitable implement that is used only for that purpose, taking care not to spill any on the ground surface. A funnel is useful for preventing spillage.

Strychnine-treated grain bait is the most common type used for pocket gopher control. Baits containing anticoagulants are also available. When using anticoagulant baits, a large amount of bait (about 10 times the amount needed when using strychnine baits) is required so that it is available for multiple feedings. Although generally less effective than strychnine baits, anticoagulant baits are preferred for use in areas where children and pets may be present. When using either type of bait, be sure to follow all label directions and precautions.

After placing the bait in the main burrow, close the probe hole with sod, rocks, or some other material to exclude light and prevent dirt from falling on the bait. Several bait placements within a burrow system will increase success. Tamp down existing mounds so you can distinguish new activity.

Pocket gophers can easily withstand normal garden or home landscape irrigation, but flooding can sometimes be used to force them from their burrows where they can be dispatched with a shovel or caught by a dog. Fumigation with smoke or gas cartridges is usually not effective because gophers quickly seal off their burrow when they detect smoke or gas. But if you are persistent with and use repeated treatments, some success may be achieved.

For more information, and to have this information available in your home, you can download the full PDF.